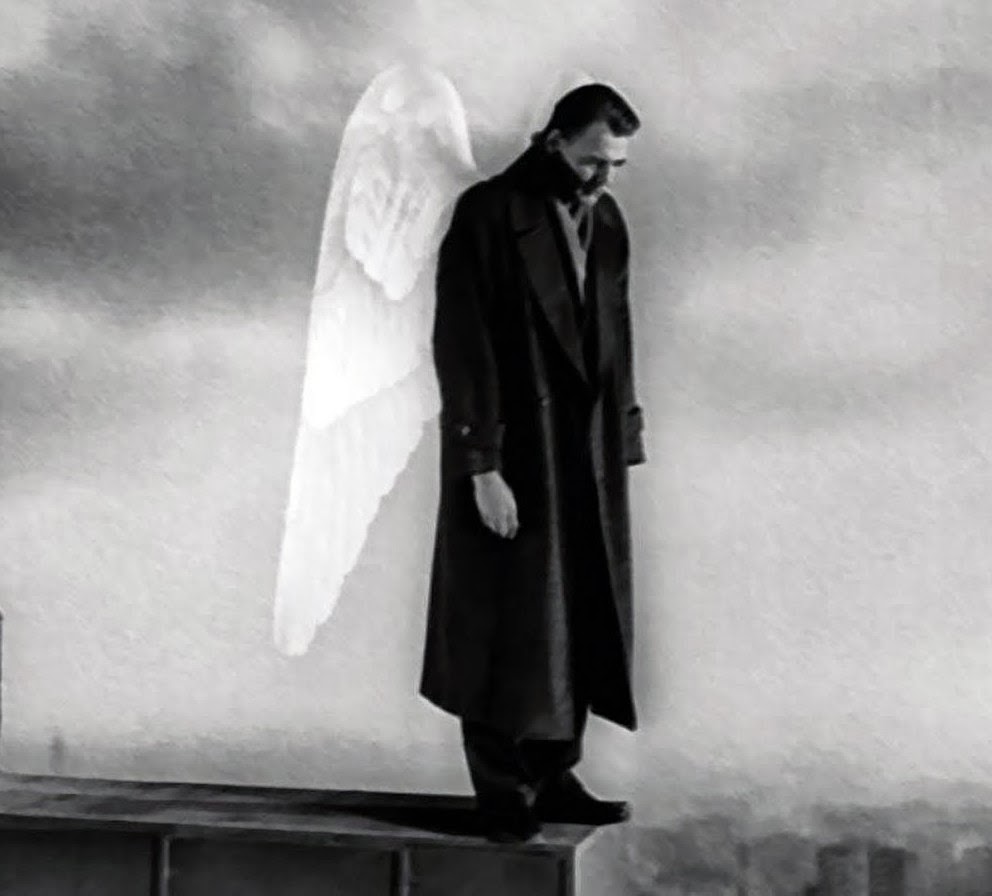 Dear All, Happy Pentecost! On this day of new beginnings and new languages I have decided to move this blog from its present home to a new domain: petertylersoulpursuit.com This was not an easy decision but it has become increasingly difficult to use this blog so I was advised that I should set up a new blogsite. My last blog about my friend Fr Kevin Alban received many viewings stressing to me the need to continue this service. However my technical proficiency is limited so I will have to ‘move with the times’. So, thank you for all the feedback you have given here and I look forward to continuing the conversation as we pursue the soul together on the new site... Come Holy Spirit! www.petertylersoulpursuit.com
Posted by petertyler at 09:20 No comments: 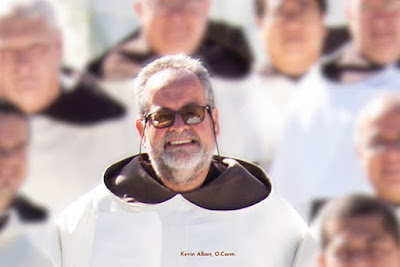 It is with great sadness that the death was announced on 4th May of the Very Rev’d Professor Kevin Alban O. Carm. Since his return to England from Rome in 2014 Fr. Kevin had been very involved with the teaching and delivery of courses at the Institute of Theology and Liberal Arts and the Mater Ecclesiae College at St Mary’s, Twickenham. As well as teaching on the Undergraduate and Masters degrees he was a much valued Doctoral supervisor and examiner who will be greatly missed. Fr. Kevin was born in Buckinghamshire, England, in 1958 and made his profession as a Carmelite friar in 1996 having worked for many years as an English language teacher. He studied history at Balliol College, the University of Oxford and theology in Rome and London. He was ordained priest in 2001 and has been Vocations Director and Director of St Jude’s Shrine in the British Province of Carmelites. From 2001 to 2007 he was based in Rome as Secretary General of the whole Order, and from 2007 to 2013 Bursar General. He was elected Prior Provincial of the British Carmelites in 2017 and died whilst serving in this office. Fr Kevin’s doctorate was in the spiritual writings of the medieval English Carmelite, Thomas Netter, awarded from the University of London. It was published in 2010 by Brepols as The Teaching and Impact of the ‘Doctrinale’ of Thomas Netter of Walden (c.1374 – 1430). As well as teaching at St Mary’s he latterly also taught theology at Blackfriars, Oxford and Mariology at Allen Hall, London. Whilst in Rome he taught at the Beda College and helped set up the collaboration with St Mary’s which is now celebrating its tenth anniversary. Renowned for his love and enthusiasm for medieval Carmelite spirituality he was a leading expert in the field and contributed much to the establishment of St Mary’s MA in Christian Spirituality. He was a great ‘Italiophile’, loving Roman life and culture, but his heart was deeply connected to Aylesford Priory and the British Carmelites and it is fitting that he died there peacefully on 4th May after a short illness. May he rest in peace.
Posted by petertyler at 04:56 No comments:

A Conversation with Gian Bellini OP 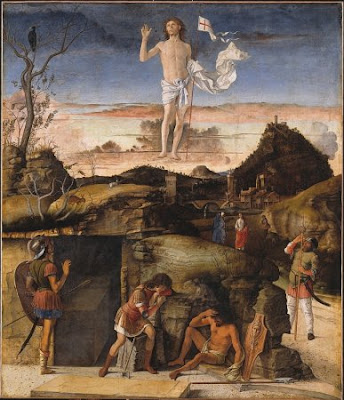 Happy Easter! For my blog this week a short poem...
A Conversation with Gian Bellini OP
The experts agree,
The technique is impeccable:
The cloth unfurled
On the morning breeze,
The dawn caressing
A distant cloud.
Yet somehow,
Between the Easter rabbit
And the flying stag,
Something is lost.
The guard sees it,
And is terrified.
The three ladies,
Shivering on the horizon,
Realise the world has now changed.
The soldiers,
Fed up with all the fuss,
Look at their arms
And their weapons,
In a sorry shield of defence.
Christ, himself,
Floats free.
Stepping gently
Onto eternity
With a delicate touch of imprecision -
Eyed coldly
By the vulture in the tree.
‘Come then, my love
My lovely one come –
See!
Winter has passed –
The time of changes ends...’
The young stag
Peers through the lattice,
Seeking again
Those young spring days –
The Pale Light of the Resurrection –
Once seen, never forgotten.
London, Royal Academy, December 2018 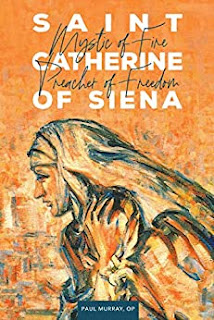 Saint Catherine of Siena: Mystic of Fire, Preacher of Freedom

Posted by petertyler at 04:22 No comments: 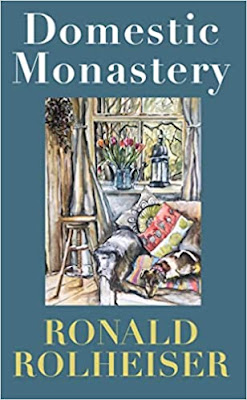 Domestic Monastery
Author: Ronald Rolheiser
Date: 2019
Publisher: Darton, Longman and Todd
ISBN: 978-0-232-53412-2
pp. 89 pbk
I must begin this review with a confession. I received this book just before Christmas, read it on a grey misty day, made some notes for review and then put it aside. The Christmas festivities and work demands took up my attention from there and then the covid crisis hit… In many ways this has proved providential. For if Fr Rolheiser’s new book was relevant BC (Before Covid), well it is essential reading PC (Post Covid). His premise is simple, but in writing on spirituality it is more often than not that simplicity hits the spot. Essentially he hopes to persuade us that ‘monasticism’, ‘silent retreat’ and ‘spiritual seclusion’ are not just for a cloistered elite but are not only accessible, but even essential for all, especially those engaged in busy family and work lives. To this end he weaves a short punchy text that is rather charmingly illustrated with old woodblock drawings and etchings (no credits or references given, alas). Those familiar with Fr Rolheiser’s style already – straightforward and honest spiritual reflections founded on good learning and often delivering a punch at the end – will not be disappointed. The text, though not long, has a clean symmetry and structure which make it something to return to again and again. Within are so many spiritual themes that it is invidious to pick out examples. However to illustrate Fr Rolheiser’s argument I shall do just that. The first of these, quoting St John of the Cross (one of his favourite inspirations), is that the contemplative life is not based on abnegation and denial but, rather, a mixture of withdrawal from the world and the cultivation of tenderness and mildness: ‘withdraw from the world and become mild, bringing the mild into harmony with the mild’ (p.11). Giving us numerous examples he shows how this ‘milding’ is just as likely (if not more likely) to be achieved by a busy mother as a spartan recluse. His second point, that great spiritual progress can be achieved by ‘staying in our cell’ doesn’t need to be reiterated PC. If we have learnt one thing over the past few months it has been the need to live with, and face, our lives, warts and all, as we work out our own socially isolated covid seclusion. Which draws us to Fr Rolheiser’s third point: the need in the spiritual life for rhythm, routine and ritual. How many of us, I wonder, have resorted to routine and ritual these past few months to get us through the sheer mechanics of surviving the covid lock-down? As he reminds us: ‘monks sustain themselves in prayer not through feeling, variety or creativity, but through ritual, rhythm and routine’ (p.42). Prayer, for Fr Rolheiser is ‘a relationship, a long term one and lives by those rules’ (p.43). Pointing out the necessary tension that lies between contemplation and action (as well as that between ‘passion and purity, intellect and will, community and individuality’, p.55) Fr Rolheiser shows us the ‘creative tension’ that lies in the path of those who seek a ‘Domestic Monastery’. One last point. I particularly enjoyed Fr Rolheiser’s exposition of the spirituality at different stages of life as he clearly and unflinchingly stresses the need in our final years ‘to not so much struggle as to how to give our lives away but with how to give our deaths away’ (p.69). Strong stuff but, again, so appropriate to our mortality haunted times. So, in conclusion, I would not only recommend you buy a copy of this small spiritual classic but that you purchase one as a gift for those friends, colleagues, loved ones and family members who have struggled these past few months to make sense of the impact of the deadly covid virus. This charming little book will, I am sure, bring a lot of healing to a traumatised world. Thank you Fr Rolheiser.
Posted by petertyler at 03:13 No comments: 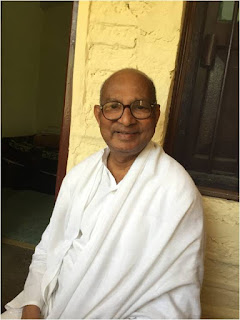 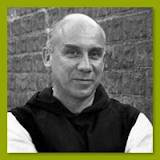